With the truckers now standing up for the country, headed to Ottawa in a convoy to shut this shit down, if you haven’t stocked up, do it. As the truckers have warned, everything in your house, from your toothbrush, to your coffee, to your breakfast cereal, to the sheets on your bed, to your kitchen table, to all your personal hygiene products, comes on the back of a truck. What I didn’t expect as this all began to spiral was that it would be the truckers standing up to this tyranny for us, yet I still have family who believe that politicians are heroes and could never do anything to hurt the people. Heroes? They are not heroes; they are criminals.

Most people stopped paying attention years ago. Friends around me have openly wondered why so many are still asleep. It took me a few days to consider a lot of this and see what two years has done to the world. You have to remember that the vast majority of average people are good, yet the average person isn’t living in a ten-million-dollar home and could never wrap her head around the fact that the government could, in fact, be evil. I mean, ask yourself, how many politicians, federal to local, have profited off this pandemic? Maybe they own the many patents that have now been dug up and exposed, like in this interview by Dr. David Martin.

How about shares in stocks, insider trading? How many public servants have million-dollar homes, ten-million-dollar homes, and have diverted funds for their personal benefit? It’s almost as if the greatest crime in history is being actively perpetrated against the people of the world, yet the average person doesn’t see it because maybe she is just trying to make ends meet, working a second job, trying to make enough money to pay rent or a mortgage and put food on the table, trying to keep her kids’ mental health balanced in this craziness. All the while, more and more taxes are being taken from us, and where exactly is all that money going? What about the rest of the population who have awoken and risen up? Why is it that so many who are still asleep form all their beliefs around what comes out of a TV and mainstream media?

What about the rights being stripped away from parents? I mean, how many of you even know what they’re teaching and doing to your kids in school? The years I’ve been blogging, I’ve written a lot about my advocacy and the roadblocks I encountered with school long before this current craziness hit. But, in all fairness, the fact that I have an autistic child and pay out of my own pocket for a specialized autism consultant I bring up from the US is one of the reasons my eyes were opened long ago. What most don’t realize is that they stopped teaching kids years ago. What they taught instead was compliance. Critical thinking skills are not taught. I lost count of the times I questioned teachers on why they were teaching what they were teaching and how a child could use those skills. I was never given an answer to most. When I went to the administrators for my other son and daughter in high school and asked them to start teaching usable finance in school, something that would actually prepare kids for the economy—how to save and use money, how banks, credit, and loans work—I was told no, that what they taught was good enough.

Did I silently drop my kids off and let them do whatever they wanted? No, but unfortunately, it is impossible for any parent to know everything their children are being taught in school. Critical race theory didn’t come out of nowhere. This has been a long time in the works. I only found out a few months ago how many years ago they snuck this into my daughter’s school, teaching children you can change your gender and that there’s such a thing as non-gender. I’m sorry, that is absolute bullshit. If you’re born with a dick, you’re not a chick. This is not rocket science. When my daughter said it was so cool that they had a drag queen in a kindergarten class, entertaining the kids and teaching them about becoming a drag queen, it took me a few weeks to come down from my blinding initial reaction of “What the fuck?” I’m sure there’s more I missed.

My son, though, never bought into any of this crap. He’s a very awesome twenty-one-year-old now, but for three years, up until grade eleven, he went to a wilderness school on an island where he learned outdoor skills, not in a classroom following current government mandates. That could be one of the reasons he’s teaching himself to be a mechanic now. He bought a book, and he’s evidently inherited my father’s natural mechanical genius. My father could fix anything mechanical, cars and trucks, small and big engines, anything, better than any mechanic out there, and he never went to school for any of it. What he did go to school for was to be an engineer for an oil company, a job he absolutely hated.

Then there’s the history taught in the current school curriculum. One thing I’ve said to my daughter that she did understand was that history is written by the victors, and the truth of what is being taught should be questioned by everyone. My consultant summed up quite nicely the goings-on in schools, which is that they, the school, say one thing and do the opposite. I’ve heard a lot about state exams and provincial exams as of late, but when my kids were in school, I was one of very few parents who would not allow my kids to take them. Those exams had nothing to do with education and were merely a way to track kids, not something I was buying into. You have to pay attention when it comes to your kids.

Did I run into a lot of problems for not complying? Yeah, absolutely. I butted heads with many administrators. Only one administrator in the history of my kids going to school was actually working for the benefit of kids. The others were unfortunately just glorified politicians. Some parents told me that I didn’t have a choice, but my response was always that the school has absolutely no say in my kids, and they will never have any say. I wasn’t there to make friends. Standing up for your rights, especially for your special needs child, is something the average person isn’t familiar with. But when your eyes are open to bureaucracy, as mine were decades ago, you’re not quick to buy into propaganda. I do my own research. I do not and never will take the word of any politician. It is so important for us to think for ourselves, to do our own research.

Most kids, as my consultant said to me many years ago, do not have the ability to think critically. A university professor told her that too many kids are arriving at post-secondary education without knowing how to make a simple decision, even something so simple as whether to use a pencil or a blue-ink pen, without asking the professor for direction. This should alarm everyone.

Remember the unlikely heroes in all of this. A second-grader in Florida was suspended thirty-eight times over the mask mandate, standing up to the school board, calling them criminals and saying they would be arrested. They may have laughed at her, but a week later, the mandate ended. Some say, where were all the adults who should have stood up? Well, now the truckers have had enough and are standing up for us against this tyranny. I’ve said this before: Tyranny sneaks in slowly. As with the frog sitting in cold water, you need to slowly turn up the heat before it boils to death. Put a mandate in and then pull back, and then add two more, and slowly strip away rights, divide citizens, pit people against each other. Don’t fall for it. Divided we fall; together we’re free. The truckers get it. There is power in numbers. Some people will never wake up. They want to travel, they want to go to the movies, they want to go out for dinner, and they will comply with any order so their freedom isn’t curtailed.

Remember the War of 1776 for freedom? Something like only one percent of the people stood up and said no to tyranny. The rest didn’t want to fight and were willing to remain under the tyranny of the British. It was an eighty-year-old man who fired the first shot.

Remember what Catherine Austin Fitts has said repeatedly: Do not finance the enemy.

I think I will start putting this at the end of every blog, because we have become an extremely unhealthy nation. There are more diseases and sick people today than there ever have been. Know where your food comes from, eat healthy, and stop eating fast food. There is zero nutrition in there. Stop buying prepackaged foods you pop in a microwave. Read the labels and know what you’re putting in your body. If you can’t pronounce the word or don’t know what an ingredient is, ask yourself if you should be eating it. Even the vegetables you buy in stores are shipped from God knows where. Many are nothing but empty calories, zero nutrition, which starves your body so you eat and eat. Obesity is through the roof. Take your vitamins. You want a healthy body? Buy local. If you can, do what your grandparents did. Plant a garden. And if you’re taking endless prescriptions for an ailment, look at what you can do to take back your health. See how long it took you to become unhealthy. Exercise, move your body, and drink clean water, not soda. Start by doing your own research. It should never be an endless drug renewal, taking big pharma drugs into your body for the rest of your life. Listen to the little voice everyone has inside but too many ignore. When you get that feeling that something isn’t right, listen to it.

I’ll leave you with a little something. Remember Vincent Gircy, the retired OPP officer who has been doing his damnedest to teach all of us that we actually have rights? Here is his recent video, and one of the points he makes is that in police forces a long time ago, they created a unit of so-called Covid Cops. How long ago was this created? This is where you get to do your own research again.

Have you heard the SAVED SERIES on audio? 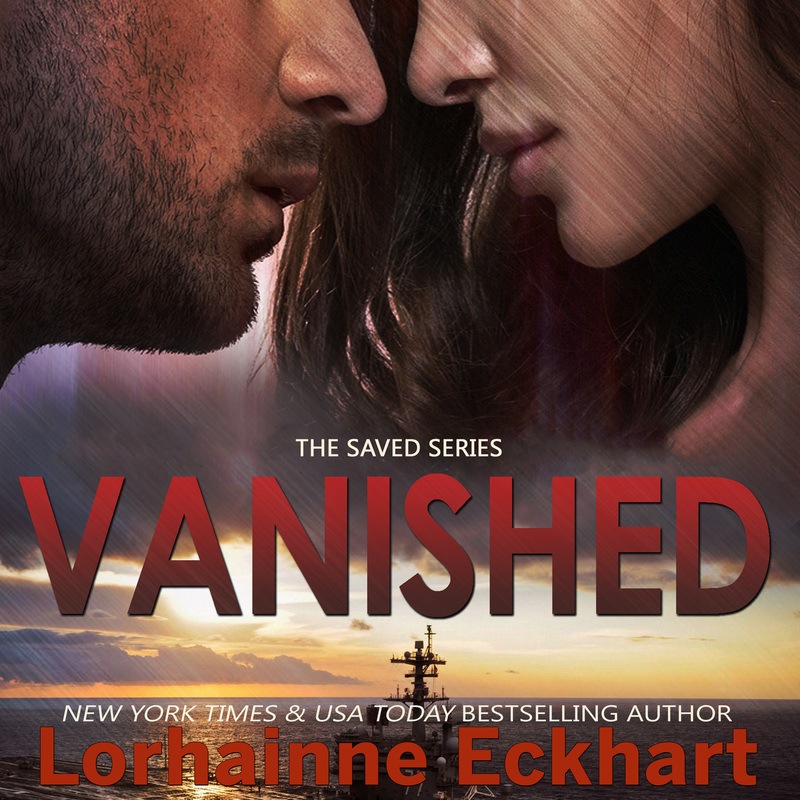 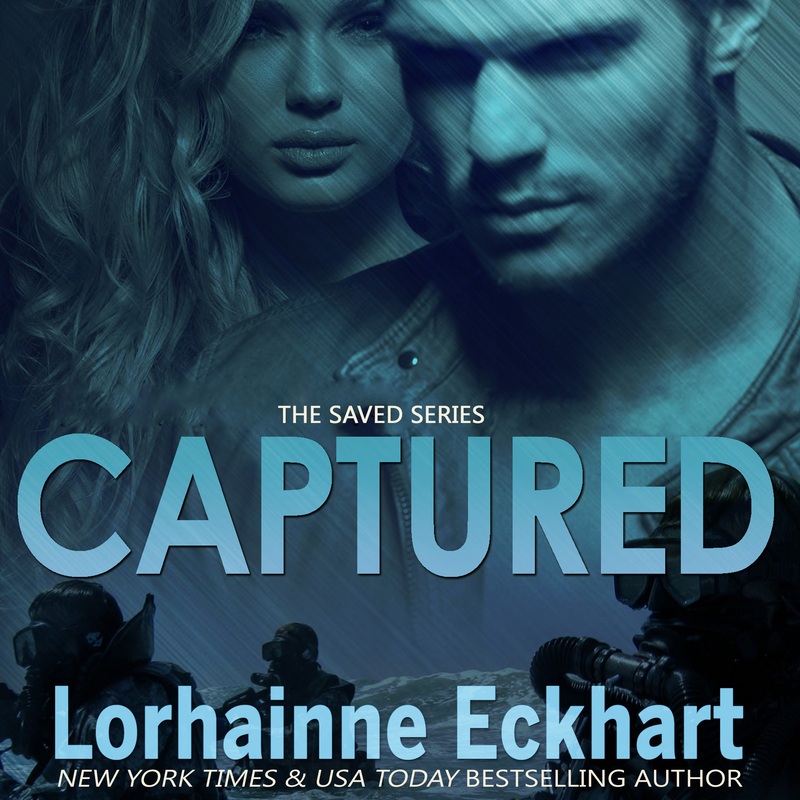