This past week was one of traveling to say goodbye to a family member.

This past week was one of traveling to say goodbye to a family member. Because of the current situation, the funeral was limited to immediate family only—so, with my kids staying home, I traveled solo. I drove for two days, grabbing a spot at a motel at the halfway point in the interior, because airline prices right now are way too high and I’m just not comfortable getting on a plane, considering the state of things.

I had reserved a motel room after checking out many, and one of the things I noticed was that a few asked people not to go into the towns nearby, as visitors were no longer welcome because they made people uncomfortable. These are small communities, so I get it. Everything about this current situation is so unknown. Any healthcare professional will tell you that when this first hit, they didn’t really understand it, and they still don’t, and that breeds the kind of fear we’re now seeing everywhere.

The motel I stopped at had a small kitchenette, which was what I wanted, considering eating out isn’t on the table right now. I had packed a cooler with my own food, so I was set. Upon checking in, I was informed they’d overbooked because everyone wanted a kitchen now, so they were upgrading me to a family suite and wouldn’t charge me the difference. I was like, okay, great, considering I had no intention of paying an upgrade fee because they overbooked. The room was older, with three beds, a kitchen, and a cute patio that faced greenspace, but as I unpacked my cooler and set about making dinner, I opened the fridge only to find leftover frozen DQ takeout cups, half eaten, with the spoons still in them.

Clean, my ass! I grabbed the two cups and headed back out to the office, where the clerk was sitting behind his plastic partition. I watched his eyes widen as I walked his way and set the cups on the counter, saying, “Are you sure the room was cleaned? Because this is what I just found in the freezer.”

His response: “Yes, absolutely. I checked it myself. We’re required to do a quality check, and it was me who did it.” Of course, he apologized. He had nothing else to move me to and asked if he could recheck my room. I said that would be fine, and he went in and said that since the fridges were new and the cleaning staff were still getting used to them, the fridge was all that had been missed. He said, “Everything else is fine, I assure you.” What could I do? It was getting late. I had to be on the road early, so I said it was fine.

But as I started making dinner, one of the two coil burners started smoking. I tried the other one, and the same thing happened. Since the smoke detector was right there—because that’s the logical place to put it, in the kitchen, close to the stove, so it can go off every time you cook something—I shut the stove off. I ended up having to pull out and wash both coil burners only to see how dirty they were underneath the foil liners that had been used to cover all the burnt-on crud, because why bother to actually clean them? I managed to clean enough that I could use the stove without smoke coming off the burner, made dinner, and survived the night.

I had a great sleep—well, good enough, considering. When I woke up early and went to have some water, I pulled one of four big blue cups out from the cupboard only to see that the bottom was coated with what looked like dried chocolate milk. There were four cups, and I pulled out all of them. Three had the same coating, and one of the coffee mugs upside down on the coffee tray on the counter had sticky dried sugar in it. If you’re all thinking that’s disgusting, it absolutely was. I pulled out everything, washed a cup and a mug, and sat the dirty stuff on the counter. Even when it came to showering, I ended up standing ankle-deep in water because the drain had evidently been ignored for too long.

One of the things I did while checking out was speak with the young lady working behind the desk. I informed her of everything. This was a mom and pop kind of place, and of course she was horrified. I had to really clarify with her that with this virus, extra cleaning is supposed to come first and foremost, and the room I was moved into hadn’t been cleaned. I was given an apology.

I drove on and finally reached my end destination, where I checked into the brand-new hotel I had booked. It also had a kitchen, and this time I pulled out all the dishes and washed everything myself.

What’s the moral here? Great question. Even though we’re supposed to stay put, sometimes emergencies require us to travel. Expectations for cleanliness are high, but how do we know the regulations are being followed?

Did you miss my newest release?  THE MISSING FATHER, Book 5 in The O’Connells romantic suspense series, is now available everywhere!

“A delightful mix of intrigue, danger and suspense, with a thread of strong family ties.” ★★★★★ Rebmay, Amazon Canada Reviewer 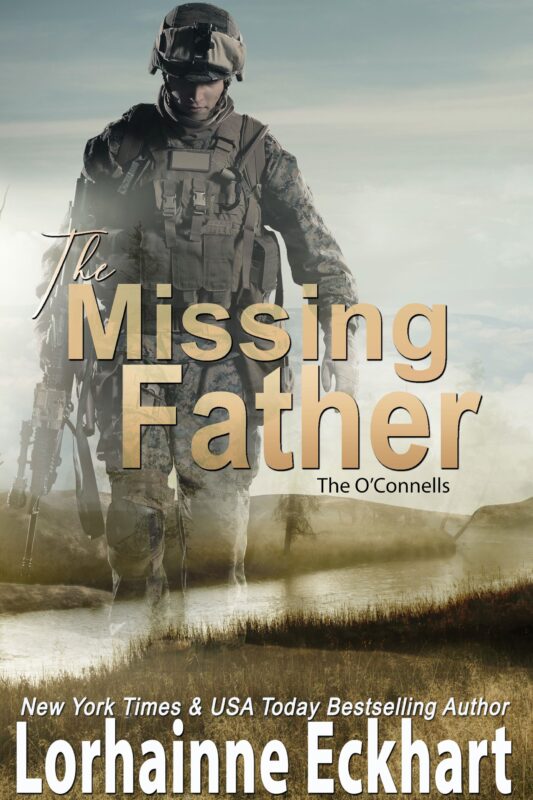