It’s about the Children

Does anyone know what the biggest illegal trade is?

Does anyone really understand how many children go missing every year? You have to really dig to find the actual numbers, so ask yourself, why are they so well hidden instead of being blasted to everyone everywhere? Then ask, who’s hiding them?

Remember Madeleine McCann? The media blasted her disappearance everywhere, but not the disappearances of the other million-plus missing children. Why do their lives matter less? I guess I never really understood how the media could control so much of what we see and what we don’t. Then there are all the children who are taken into the care system, Child Protective Services, and then disappear. Don’t forget about Haiti and all the children who disappeared there. When Haiti figured out that the children hadn’t died in the disaster but had actually been stolen by the people who were supposed to be protecting them, how much of that was given any attention? How many of you even knew about it?

Here are the reported numbers (please note these disappearances are REPORTED, and let that sink in):

In Germany, an estimated 100,000 children are reported missing each year.
—Initiative Vermisste Kinder

In Jamaica, an estimated 1,984 children were reporting missing in 2015.
—Jamaica’s Office of Children’s Registry

In the United States, an estimated 460,000 children are reported missing every year.
—Federal Bureau of Investigation, NCIC.

As I mentioned above, I find it alarming that when you start searching online for the numbers, you have to really dig. Because instead of the DOJ or law enforcement actually posting numbers and being forthcoming, they are burying them and discrediting anyone who tries to come forward.

With everything going on and how our world is unravelling, a ton of distractions are taking our eyes off a case that mainstream media does not want us to know anything about. Before the weekend, the Maxwell trial began. But the powers that be do not want any eyes on it or any of this case exposed, and they certainly do not want you or me to know of all the horrific details or the vast number of powerful people involved—the politicians, the Hollywood elite, the corporate heads.

This case will expose an awful lot of people in a very evil club, people in the political arenas who control so much of what you do and see. These are powerful people who want you to be distracted by anything else so you take your eyes away from this case. But think of all the children who were victims of this. I have seen reports that there are over two and a half million pages of evidence. If you’re not saying “Holy shit!” at that, you should be. The names that will come out are those of the super wealthy, of the politicians, of the global and Hollywood elites, and many more. We’re going to find out a lot of horrible truths, but I still don’t think we are going to be able to wrap our heads around the atrocities these people have been up to.

As we’re talking about the children, timing is everything. Robert F. Kennedy Jr.’s new blockbuster expose was just released, and in it he details some horrific illegal experiments on children. I don’t often, if ever, promote another author, but I think The Real Anthony Fauci is a must-read for everyone. Reading this book had me realizing that so much is going on behind the scenes: lies, crimes against children, and so much more. Just click here to order this book, available on audio, ebook, and hardcover.

I’m going to share with you a few quotes from the book:

In 1973 Dr. Stanley Plotkin penned a letter to the New England Journal of Medicine in which he justified his experiments on vulnerable intellectually disabled children, saying they “are humans in form but not in social potential.”

Those sorts of prejudices did nothing to damage his lofty reputation among his colleagues. Vaccinologists consider the annual Stanley Plotkin Award the Nobel Price of vaccinology. In 2019, the British Medical Journal called Plotkin “the Godfather of vaccines.”

These homegrown American medical Mengeles most often targeted impoverished American Indians and Blacks in Africa, the Caribbean, and in the United States as their laboratory rats.

There are many hidden secrets. Does anyone remember the forty-year Tuskegee Syphilis Experiment, which began in 1932? I for one knew nothing of it, and the black population were the guinea pigs. It’s horrifying. If we only had some idea of the vulnerable people who have become prey to those in positions of power.

In 1989, the CDC conducted lethal experiments with a hazardous measles vaccine on Black children in Cameroon, Haiti and South-Central Los Angeles, killing dozens of little girls before halting the program. CDC did not tell “volunteers” that they were participating in an experiment.

In 2014, another CDC whistleblower, the agency’s senior vaccine safety scientist, Dr. William Thompson, disclosed that top CDC officials had forced him and four other senior researchers to lie to the public and destroy data that showed disproportionate vaccine injuries—including a 340 percent elevated risk for autism—in Black male infants who received the Measles, Mumps, Rubella (MMR) vaccine on schedule.

One of the most chilling passages in this book for me is the following:

Scheff described how Dr. Fauci’s NIAID and his Big Pharm partners turned Black and Hispanic foster kids into lab rats, subjecting them to torture and abuse in a grim parade of unsupervised drug and vaccine studies: “This former convent houses a revolving stable of children who’ve been removed from their own homes by the Agency for Child Services [ACS]. These children are Black, Hispanic, and poor. Many of their mothers had a history of drug abuse and have died. Once taken into ICC, the children become subjects of drug trials sponsored by [Dr. Anthony Fauci’s] NIAID (National Institute of Allergies and Infectious Disease, a division of NIH), NICHD (the National Institute of Child Health and Human Development) in conjunction with some of the world’s largest pharmaceutical companies—Glaxo-SmithKline, Pfizer, Genentech, Chiron/Biocine and others.

Sheff continued, “The drugs being given to the children are toxic—they’re known to cause genetic mutation, organ failure, bone marrow death, bodily deformations, brain damage, and fatal skin disorders. If the children refuse the drugs, they’re held down and force fed. If the children continue to resist, they’re taken to Columbia Presbyterian hospital, where a surgeon puts a plastic tube through their abdominal wall into their stomachs. From then on, the drugs are injected directly into their intestines.

Vera Sharav spent years investigating Dr. Fauci’s torture chambers as part of her lifelong mission to end cruel medical experimentation on children. Sharav told me, “Fauci just brushed all those dead babies under the rug. They were collateral damage in his career ambitions. They were throw-away children.” Sharav said that at least eighty children died in Dr. Fauci’s Manhattan concentration camp and accused NIAID and its partners of disposing of children’s remains in mass graves.

In fact, in 2004, the BBC created a heartbreaking documentary, Guinea Pig Kids. You can watch it here.

The Associate Press reported that the scope of Dr. Fauci’s experiments was much wider, extending beyond New York to “at least seven states.” Among them: Illinois, Louisiana, Maryland, New York, North Carolina, Colorado, Texas. AP reported that more than four dozen different studies were involved. The foster children ranged from infants to late teens.

I will leave you with this last excerpt, which has me wondering how all those in power are so willing to just look away:

During the decades since Dr. Fauci took over NIAID, he has sanctioned drug companies to experiment on at least fourteen thousand children, many of them Black and Hispanic orphans living in foster homes. He permitted these companies to operate without oversight or accountability. Under Dr. Fauci’s laissez faire rubric, these companies systematically abused and, occasionally, killed children.

Dr. Fauci presided over these atrocities, collaborating with pharmaceutical company researchers and winking at their loose definitions of “informed consent” and “volunteer.” Instead of looking out for the best interests of children, Dr. Fauci gave outlaw drug makers free rein to torture vulnerable children behind closed doors, with neither parental permission nor requisite oversight from child welfare authorities.

It really is about the children, the most vulnerable in our society. They don’t have the voice to stand up for their rights, and when they are in the system, unfortunately, far too often, no one will believe them. 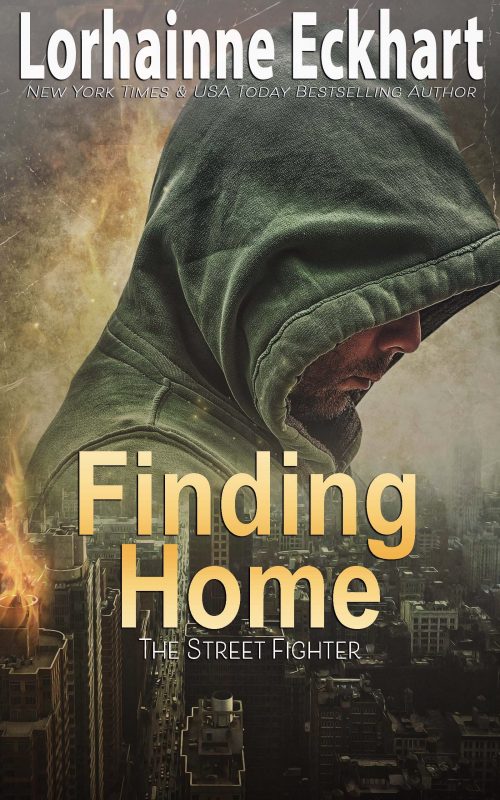 What happens when a family loses everything and has no place to go?

Terrance Mack has a wife and two young boys. Never in a million years did he expect to find his family living on the streets, with no home, no jobs, in a position where everything they owned has been taken from them in the cruelest of ways. As the family struggles to stay together, they encounter a hard and unfriendly way of life, having to move from town to town, being harassed by the police and by locals, and confronting danger each day. Living on the streets is nothing as he expected.

All Terrance wants for his family is for someone to give them a chance—a chance for a new beginning, a roof over their heads, the opportunity to once again build a life without constant fear, having to look over their shoulders, feeling as if the rug will continue to be yanked out from under them again and again.

The worst is seeing the light in his wife’s eyes slowly diminish, along with the hope they once had. Terrance carries a constant weight, and every day brings a new challenge as doors close and they’re forced to move on. Even though they’ve stayed together, finding a place to stay has forced the family into survival mode, living one day at a time. The dignity Terrance once took for granted has become something he struggles to hold on to as he dreams of one day being able to have a peaceful night’s sleep.

For My Audible Book Listeners

Are you all caught up with the Billy Jo McCabe mysteries?